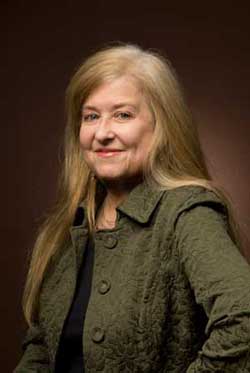 When I was eight years old, I wrote and produced A Broadway Musical in my backyard along with my sister, Barbara, and several of our neighbors. We donated our ticket proceeds to the fund for establishing the John F. Kennedy Library and Museum, and our achievement was featured in a local newspaper. I’ve been working with words ever since.

Eventually, I earned a B.A. in Creative Writing and Literature from Kirkland College. A progressive women’s college, Kirkland pioneered the undergraduate creative writing degree. At Kirkland, I studied poetry with Michael Burkard and Tess Gallagher, won the George A. Watrous Prize in Poetry, and was founding editor of the extant campus literary magazine Red Weather. Kirkland later merged with its coordinate partner, Hamilton College.

After college, I received an M.F.A. in Poetry from the Writers’ Workshop at the University of Iowa, where I studied with Donald Justice, Larry Levis, Jane Cooper, and Sandra McPherson.

While writing is a solitary art, I have always enjoyed collaboration. As a poet in the community, I have mentored younger writers, read slush piles, judged local and national writing contests, and coordinated two successful reading series in two different states. An advocate for the arts, I served on the executive board of the Arlington Center for the Arts in Massachusetts and completed a three-year term as a grants reviewer for the Putnam County Arts Council in New York.

I live and work in New York’s Hudson Highlands close to the river’s narrowest and deepest point.